Sexual Life in Ancient China, by Dutch diplomat and polyglot Robert H. van Gulik. Van Gulik’s treatment traces not just who was having sex with whom and in what variations, but much more interestingly the civilization’s views on the body, the physiology and role of females and males, the yin-yang structure of the universe, how humans fit into that structure, the institution of courtesans (as distinct from mere prostitutes), and a host of fascinating insights into the culture. The book is structured chronologically, examining the subject at different periods in Chinese history, from the Chou dynasty to the Ming. The most graphic passages are rendered in Latin, but there’s plenty of text in English to render this a fascinating book. By the end, you’ll know a plethora of poetic names for the male sexual organ (Jade Stalk, Crimson Sword, etc.) , even more for the female sexual structures (Cinnabar Cleft, Strings of the Lyre, Precious Door, etc.), and more positions and rhythms for the sexual act itself than you (well, at least me) would imagine possible (the Turning Dragon, the Tiger’s Tread, Monkey’s Attack, Cleaving Cicada, etc). (Hey, the Chinese were an old, sophisticated civilization back when the French were still running around in animal skins chasing mammoths! )1974, E.J. Brill (Leiden), hardcover, 392 pages. Pricey.

Van Gulik also wrote a charming series of a dozen mysteries set in T’ang dynasty China, featuring the historical magistrate Dee Jen-djieh. These Judge Dee stories are not only good mysteries, with surprisingly well-wrought characters and lots of action and romance, but they also impart the texture of traditional China quite well. 1960’s, Univ. of Chicago Press (most recent editions), 200 or so pages each.

The Retreat of the Elephants: an environmental history of China. British historian Mark Elvin’s scholarly study of the historical destruction of the Chinese environment, and the reasons underlying the actions. His uncovering of the conscious policy of the early Chinese state to replace forests with rice cultivation in order to produce and feed soldiers for their armies of conquest is chilling. Heartbreaking, also, as he graphs the steady retreat of elephants, rhinoceroses, and gibbons from northern China southward, to their last refuge in extreme southern Yunnan province. Also a densely packed book, and much more scholarly, detailed, and focused in scope even than Ronan’s abridgement of Needham. 2004, Yale University Press, hardcover, 564 pages.

A Year in the Life of a Shinto Shrine. John Nelson follows the life and rituals of Nagasaki’s Suwa Shinto shrine over the course of the seasons, illuminating the much-misunderstood native Japanese religion of Shintoism and the gentle, earnest priests who bring the kami spirits into the lives of the shrine and its surrounding community. A window into not just the religion, but Japan and its people as well. 1996, Univ. Washington Press, paperback, 286 pages.

There is a genre of books describing the last traces of traditional Chinese culture persisting into the 19th century, haunting yet heartbreaking. Here are my favorites:

The Years that Were Fat. George Kates’ superb rendering of his seven “fat” years in Peking just before the Japanese tightened their grip in 1940. Perhaps the best of the genre. Kates thoroughly mastered the spoken and written language, and immersed himself in the life of the city. A fascinating and wise look at the grandeur and the weakness of traditional Chinese culture. 1988 reprint, Oxford University Press, paperback, 268 pages.

Peking Story: the last days of Old China. David Kidd married into one of North China’s oldest aristocratic families, and thus had a front-row seat to watch the final disintegration of the old ways in Peking, from 1946 to the Communists’ capture of the city in 1948, and the thorough unraveling of the old ways by his departure in 1950. Vivid details and an insider’s look at the end of a high culture that had persisted for three thousand years. 1988, Clarkson N. Potter/Griffin paperbacks, 207 pages.

From a Chinese City: in the heart of peacetime Vietnam. Frenchman Gontan de Poncins’ account of his time in the Cholon section of Saigon, in 1955 (after the French had left, before the Americans arrived). Traditional Chinese life survived much more robustly in the Chinese cities of Southeast Asia than in China itself after the Communist victory in 1949, and Poncin set himself down in a boarding house on Cholon’s main street, immersing himself in the life of that bustling Chinese city. Filled with the details, the colorful customs and mores of Chinese urban life. 1957, Trackless Sands Press, paperback, 256 pages.

Here are my favorite books on Taoism, the quintessential Chinese perspective on life that is at once mysterious, eccentric, passionate, wry, humorous, bewildering--the heart of authentic Chinese culture, and the planet’s oldest continually-practiced philosophy, religion, and outlook on living life:

The Taoist Body. THE scholarly introduction to Taoism, by Kristofer Schipper, former Director of Studies at the Sorbonne’s Ecole pratique des Hautes Etudes and an ordained Taoist priest. Schipper shows convincingly how Taoist perspectives and practices undergird the heart of Chinese culture and permeate Chinese institutions from painting to martial arts to folk festivals to popular religion. Anyone at all interested in modern and ancient Taoism should read the Authors Note and first two chapters, at least; the next two chapters are a stretch; the next four very difficult, the last two accessible and brilliant. 1993, Univ. California Press, paperback, 273 pages.

Relax, You’re already Home: everyday Taoist habits for a richer life. Raymond Barnett’s (yours truly) little primer on Taoism and how we can adopt its practices to enrich our daily modern lives is an introduction to Taoism for the lay person (rather than the scholar). The basic tenets and practices of the religion are presented in an informal, breezy (but sound) manner. Practical, and easy reading. 2004, Tarcher/Penguin, paperback, 194 pages.

Taoism and the Arts of China. Stephen Little. A large, sumptuous catalogue of the 2000-2001 museum exhibit by the same name organized by The Art Institute of Chicago. The numerous illustrations of paintings, sculptures, calligraphy, and tomb objects are gorgeous, and keyed to five informative, fascinating essays on various aspects of the Taoist outlook on life and its vital role in the arts of China. 2000, The Art Institute of Chicago, in association with Univ. CA Press, paperback. 415 pages. Pricey, but well worth it.

Taoism: the parting of the Way. Holmes Welch. Dated, but still very charming comprehensive account of the major tenets and the history of Taoism through the ages. Written for the lay person, and easy reading as it recounts the major schools and the historical development of the religion. Part Three, The Taoist Movement, is the heart of the book. 1957, 1965, Beacon Press, paperback, 196 pages.

Taoism: Growth of a Religion. Isabelle Robinet’s scholarly, detailed history of Taoism from the Warring States period to the Yuan dynasty, covering the major sects and their scriptures and rituals. Though scholarly and comprehensive, it’s a relatively readable and relatively recent overview for the serious student. 1997, Stanford Univ. Press, paperback, 296 pages.

Taoist Mysteries and Magic. Poet John Blofeld’s account of his young years roaming the mist-shrouded mountains of China in search of hermits, eccentrics, fox spirits, romance, and the meaning of life as distilled by China’s spiritual masters. A romp, though assuredly not for everyone. 1973, Shambhala, paperback, 217 pages.

www.nri.org.uk/ The website for the Needham Research Institute, which carries on British sinologist Joseph Needham’s work on Science and Civilization in China, in-depth treatments of the entire span of scientific, technological, and medical knowledge in China, put in the perspective of Chinese culture and civilization, and contrasted with the Western approach. Though there are but seven official volumes, most volumes have at least several sections comprising separate books, so that the entire series of some two dozen weighty tomes takes up over a yard’s length of a library shelf. A staggeringly erudite scholarly achievement, so vast and important that it continues vigorously after Needham’s death in 1995. The website provides overviews of the books, Needham’s colorful life, and the work of the Institute.

www.religionfacts.com/ Check out this site’s entries for “Chinese religion” and “Taoism.” Though not profound, there are many links to specific subjects under each, which together form a relatively comprehensive if superficial look at the subjects.

Current daily news of China: the best are www.scmp.com/ (the South China Morning Post, Hong Kong’s largest English language newspaper); www.chinapost.com.tw/ (Taiwan’s leading English-language newspaper)
www.index-China.com/ This site offers summaries of China’s food, tea, business, education, environment, politics, travel, and medicine, with links to more detailed sites in each, along with a dozen or so articles from the day’s edition of China News.net. 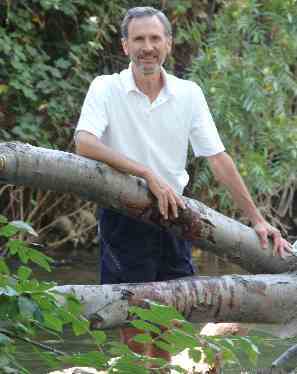 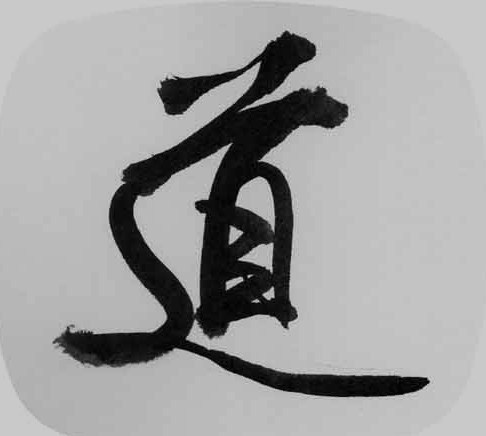